Looking for a yummy, healthy, and hearty make-ahead gluten-free breakfast? These gluten-free apple cinnamon baked oatmeal squares can be made one day and enjoyed for breakfast the next few days! They’re soft and chewy, and full of chunky apples and cinnamon! 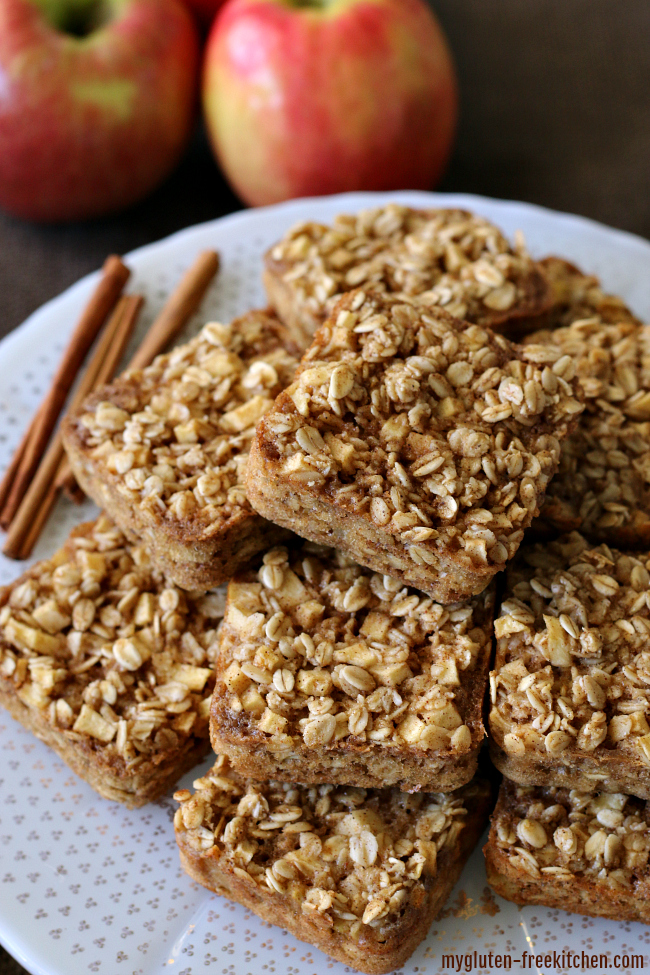 A couple of years ago, I created these gluten-free maple brown sugar baked oatmeal squares that were a hit with my family. Some of you have tried them too and they were a hit with your family too. 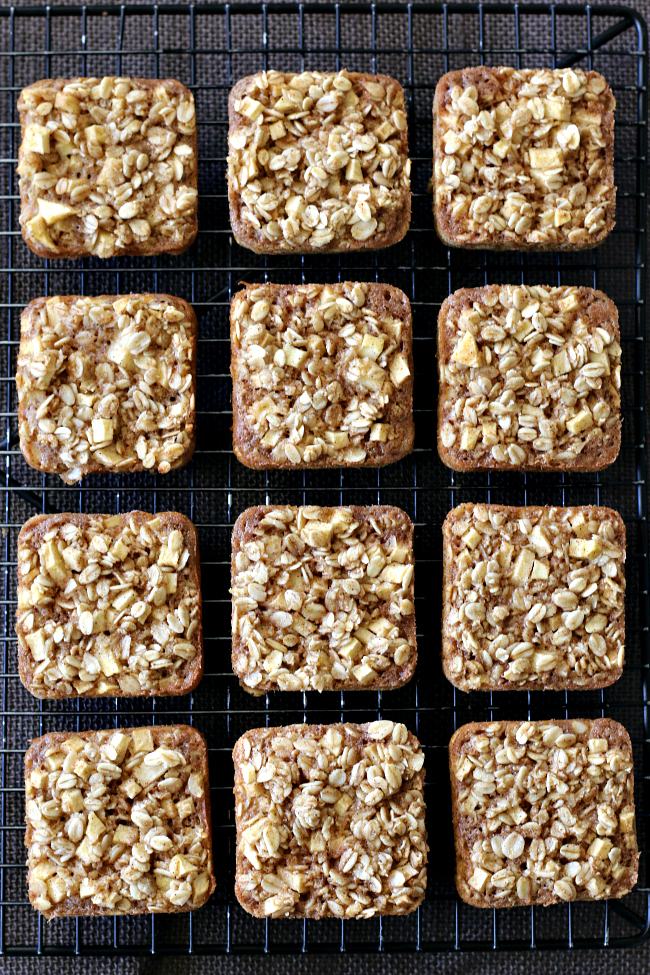 These are also flourless! Yep – the whole grain gluten-free oats are just what you need for these, no flour, no gums.

Oats, real apple chunks and cinnamon are just delicious together!

The batter for this will be very loose/liquidy when you are done mixing together. THat’s how it should be! But you’ll evenly scoop into the sections of your bar pan and they’ll bake up nice! These are softer than my maple brown sugar version – these don’t get crispy like those do. These stay nice a moist due to the real apple chunks! 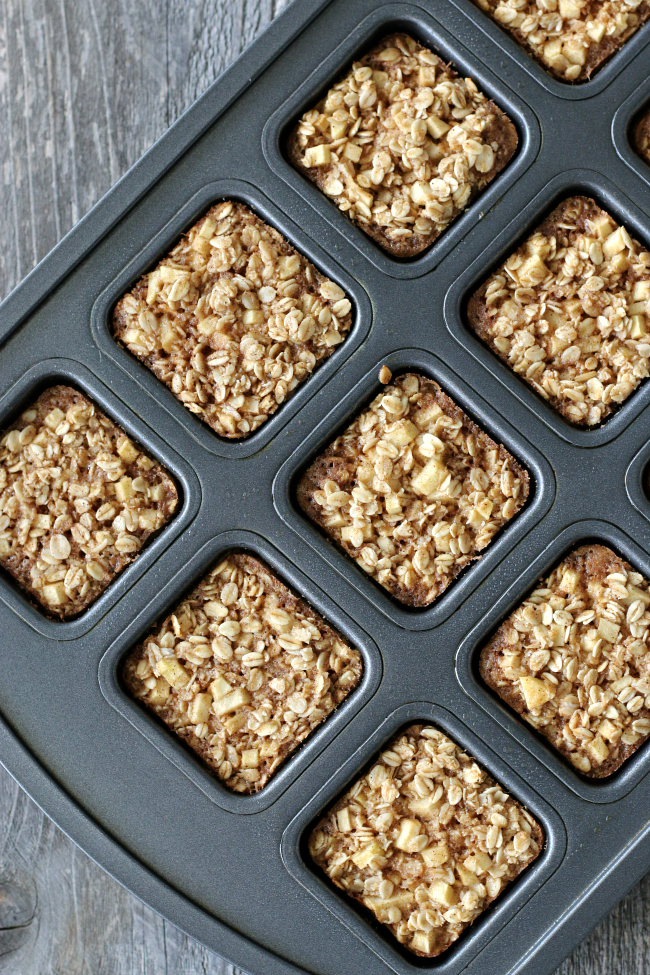 I make these in this brownie/bar pan and recommend getting one if you want to make grab and go breakfasts and snacks!

Is there another flavor of baked oatmeal you’d like me to make? Let me know and I’ll give it a try!! 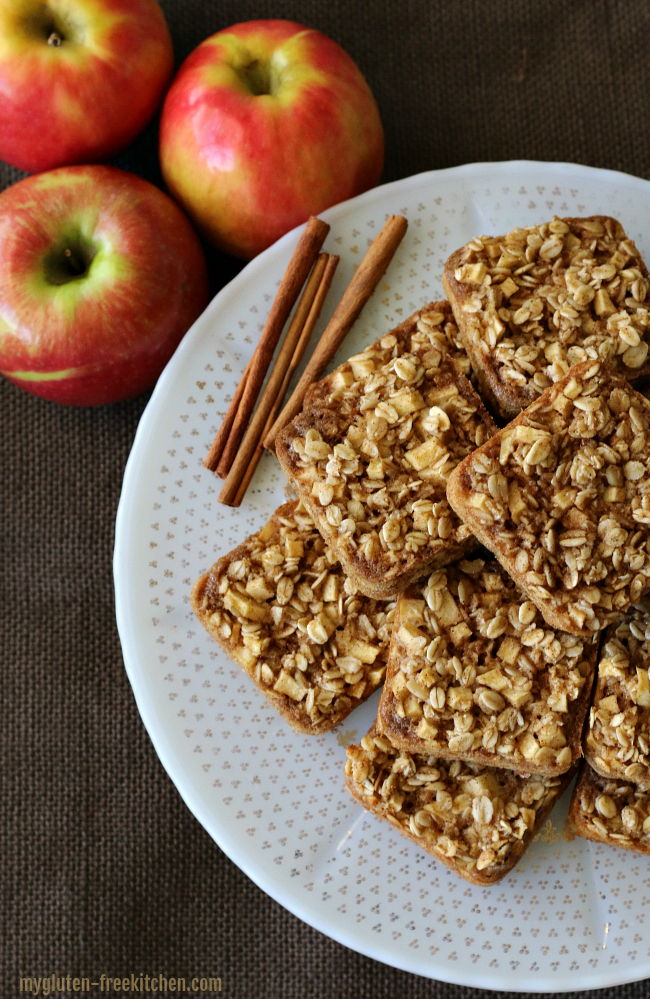 
Pin this to your gluten-free breakfast recipes Pinterest board! 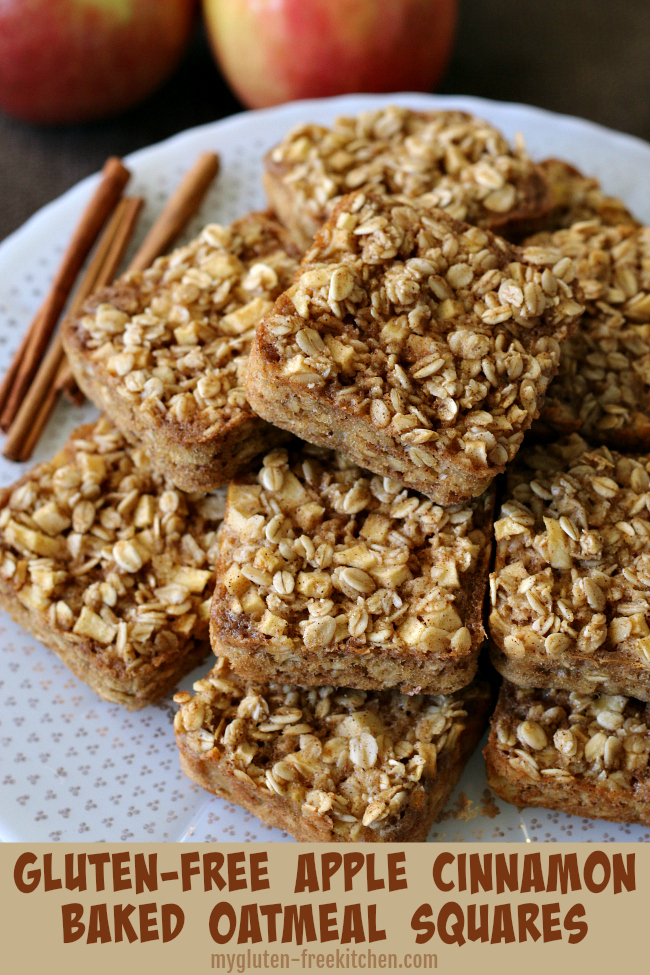 I hope you and your family enjoy these gluten-free oatmeal squares too!

Absolutely delicious!! I baked mine in a muffin tin, made 12. They fell apart once I put them on a plate. Maybe the muffins need to cool off to hole together. Crumbly or not, I’ll be making these again! No extra syrup was needed, melted a little butter and we wiped our plates clean😀

I love this recipe

Well these were a hit! I made them for a tea party with my gluten-free, sugar-free friends (halved the maple syrup & kept the coconut sugar as-is) and they turned out great. I made my own oat milk (oats, water, coconut oil, salt) so they may have been a tad more oily/wet than intended, however they were pleasantly moist with almost a cakey chew, and held together very well. I think I’d leave them in a little longer next time, to get a better crisp on the edges — I used an 8x8 metal baking dish lined with parchment. I can also imagine cutting 9 squares instead of 12 next time and topping with vanilla ice cream for a "healthy" dessert! Thanks for the recipe!