Layer upon layer of chocolatey goodness in this gluten-free brownie toffee trifle! It looks complicated, but it’s actually an easy gluten-free trifle recipe with just a few ingredients! 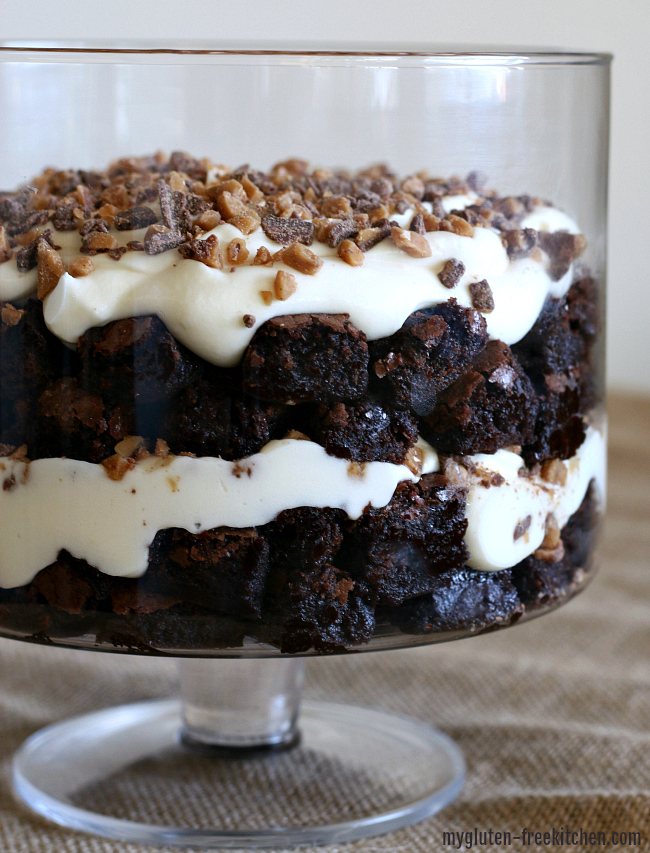 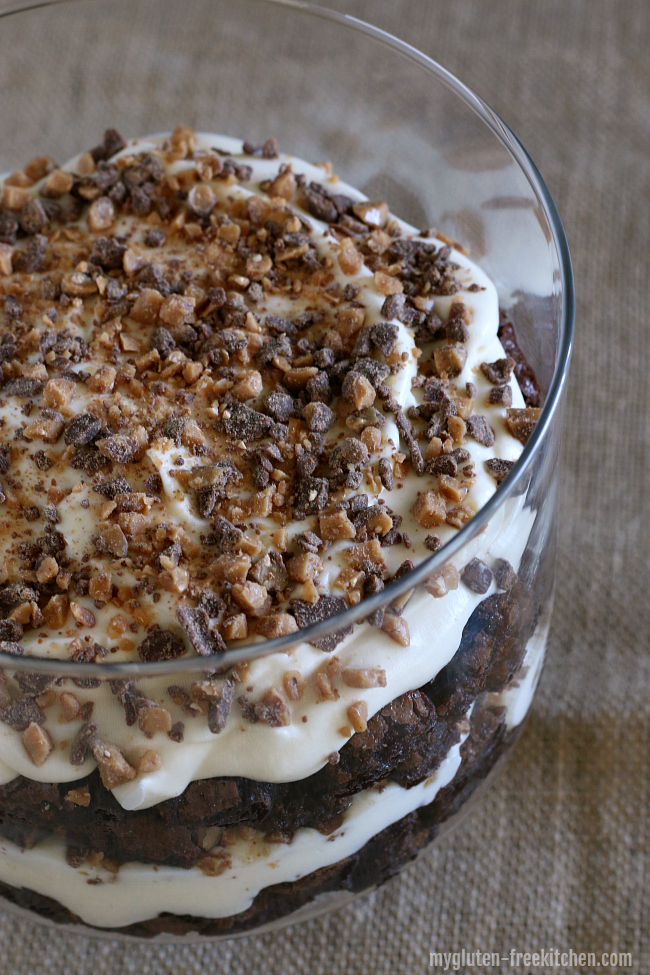 Want to really make this a fast dessert? Choose a high-quality gluten-free brownie mix instead of baking them from scratch.

My favorite boxed gluten-free brownie mix is King Arthur Flour gluten-free Brownie Mix. I always have a few boxes of these on hand for a simple shortcut for desserts like this or when I’m out of ingredients for making my own from-scratch brownies. I can find this mix at some of my local stores in the gluten-free section. Or you can buy a 6-pack of these online from Amazon here. 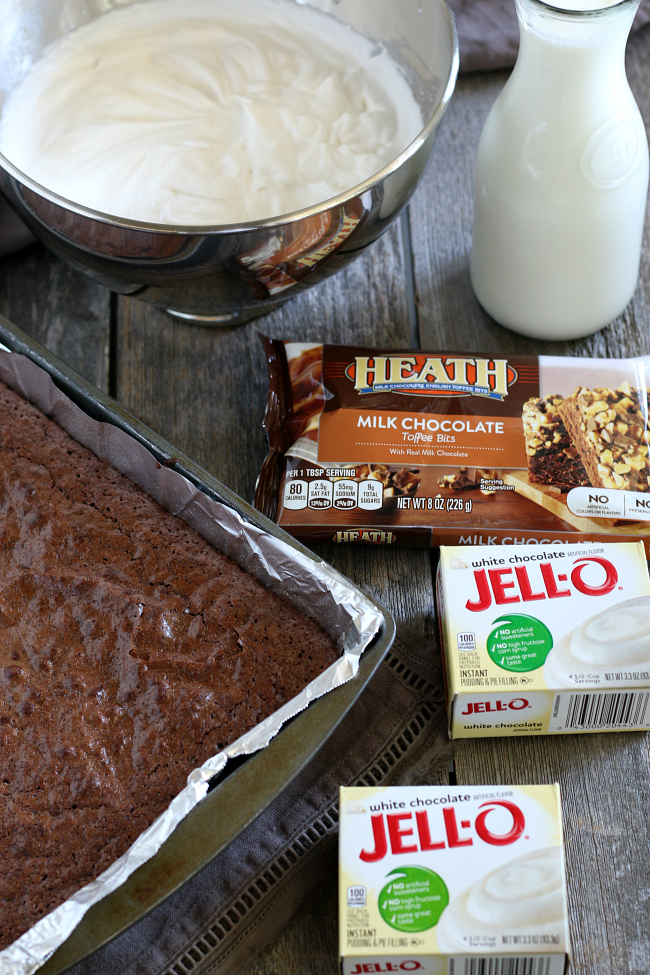 I use Jell-O brand instant pudding in this. Kraft makes Jell-o pudding, and while they don’t put out a list of gluten-free products, they are good about labeling. You can read Kraft’s stance on labeling gluten here. Based on their information, and the fact that the starch is clearly labeled as being from corn, the pudding flavors I call for in this recipe appear to be free of gluten ingredients.

As always, I recommend checking all labels and if you are unsure, contact the manufacturer directly. I’m not aware of a certified gluten-free pudding mix, so I stick with Jell-o brand. 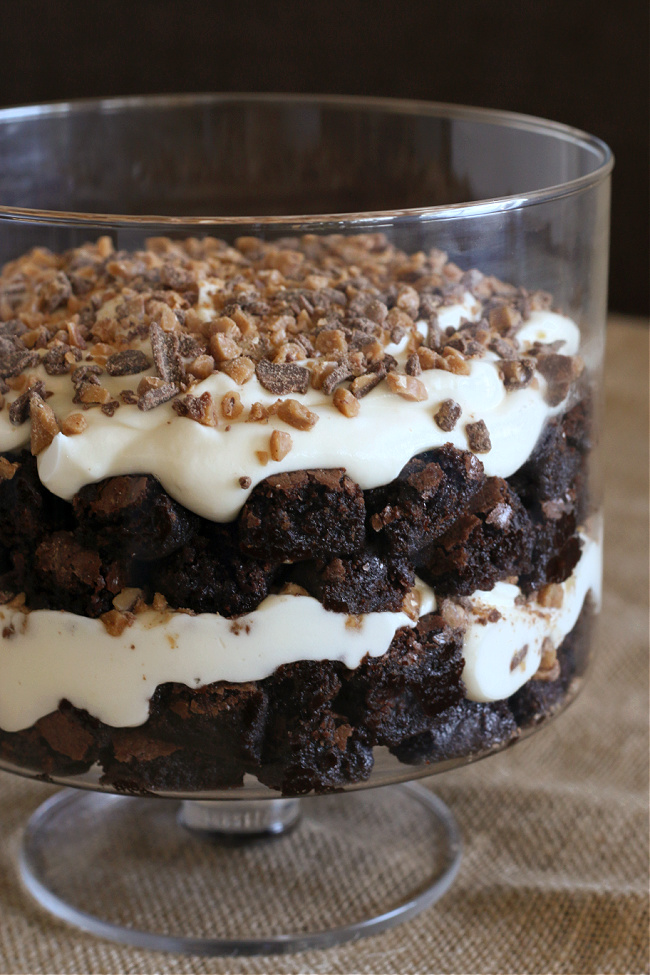 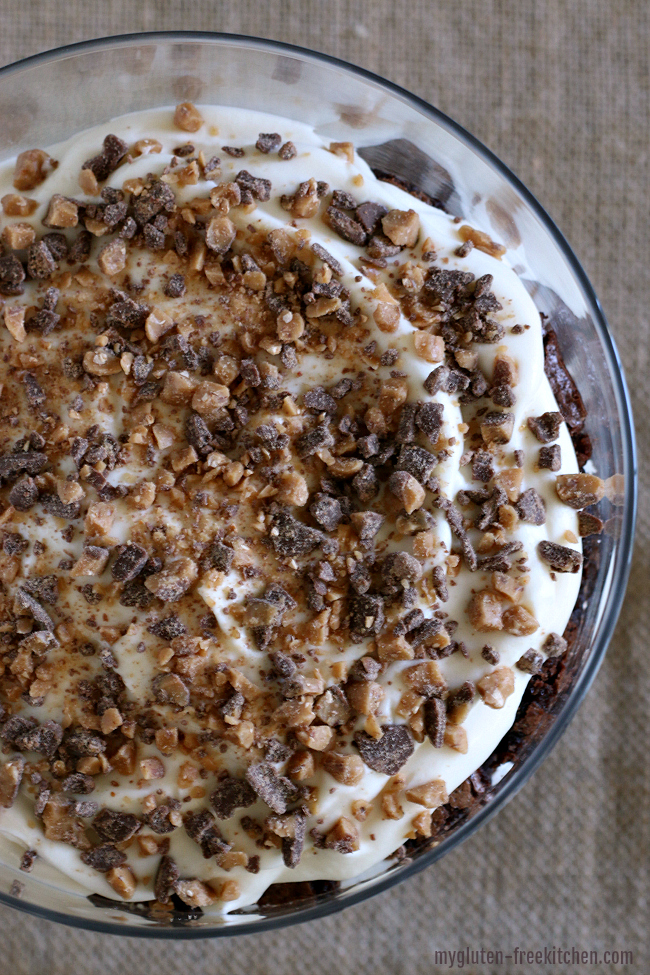 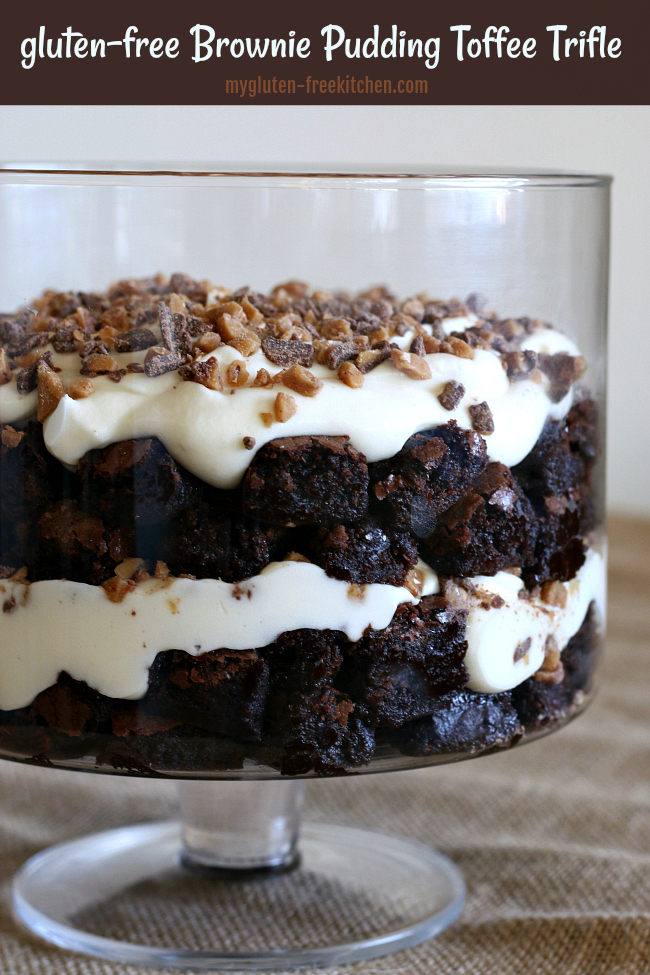 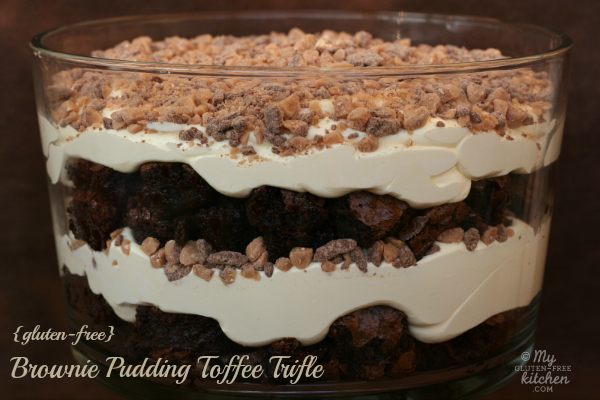 Question: I’m going to use vanilla pudding, you say add whipped topping to this. So I add whipped cream to the pudding?

This was my first trifle, and the fam has requested that it goes in the rotation. I used your brownie recipe which was incredible. The combo of the rich brownies, the chocolate pudding, and the crunchy toffee was outstanding. This is an easy dessert to put together, and the results are show-stopping.

So glad everyone in the fam loved it too! Yay for easy desserts that wow everyone!